Before Submitting a Feature Request

Before submitting a feature request, please check if it is already listed on the LifterLMS Road Map and Feature Voting trello board.

You can use the browser’s find command (Ctrl + F or Cmd +F) to find a particular feature. Every feature card shows the number of votes and comments added to it. 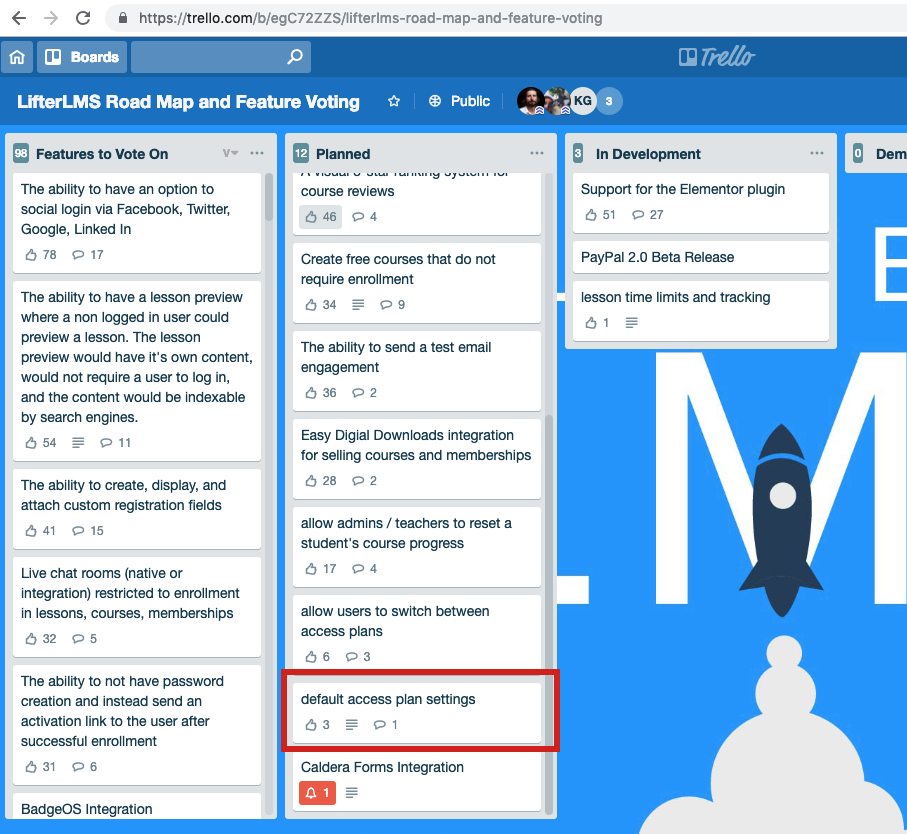 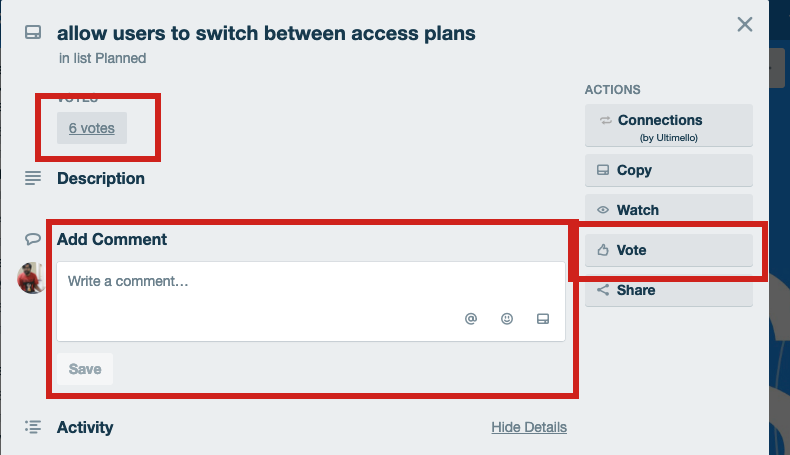 Features that receive the most votes and details are more likely to be considered for the next stage of development. You could help a lot by providing mockups, designs, use cases, expected step-by-step user experience, etc. So, add as much detail about the feature as possible.

If the feature you need isn’t present on this board, head over to the Feature Request Submission form. Again, add as much detail as possible.

What happens after a Feature Request is submitted?

In addition, during the course of support or other conversations, the LifterLMS team may identify something as a feature request even though it hasn’t been submitted as such.

All such feature requests are also added to an internal (private) Trello board where they are logged, organised and tracked. They are then discussed internally within the team on multiple occasions:

Once we have a somewhat clear idea of what the feature would ultimately look like and a lot of folks express a need for the feature directly (through feature requests) or indirectly (during support resolutions), the feature is moved to the public trello board for voting.

How does a Feature Request move into Development?

As described in the previous section, each submitted feature request is discussed internally with the whole team on multiple occasions in detail before deciding to start development on it.

This depends on a lot of factors, including, but not limited to:

As you may notice, a lot of these questions need technical inputs and skills. In addition, they can sometimes get complicated and need a lot of deliberation which can make the progress appear slow.

If you are a developer or have a developer on your team, you could help accelerate this process by getting involved on our slack channel and our contributor site at make.lifterlms.com. Here’s a guide to get you started quickly: https://lifterlms.com/docs/contributing-to-lifterlms/.

If you’re not a developer but would still like to help, you can do so by providing as much detail as possible. This is true for when you submit a new feature request or comment on an existing one.

This website uses cookies to improve your experience while you navigate through the website. Out of these, the cookies that are categorized as necessary are stored on your browser as they are essential for the working of basic functionalities of the website. We also use third-party cookies that help us analyze and understand how you use this website. These cookies will be stored in your browser only with your consent. You also have the option to opt-out of these cookies. But opting out of some of these cookies may affect your browsing experience.
Necessary Always Enabled
Necessary cookies are absolutely essential for the website to function properly. This category only includes cookies that ensures basic functionalities and security features of the website. These cookies do not store any personal information.
Non-necessary
Any cookies that may not be particularly necessary for the website to function and is used specifically to collect user personal data via analytics, ads, other embedded contents are termed as non-necessary cookies. It is mandatory to procure user consent prior to running these cookies on your website.
SAVE & ACCEPT
[class^="wpforms-"]
[class^="wpforms-"]